25 Facts About Television And TV Shows That Are Pretty Cool

25 Facts About Television And TV Shows That Are Pretty Cool 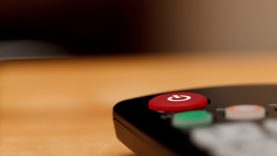 TV has played a significant role in all of our lives. For the past century it has brought us the news, entertained us, made us laugh, made us cry, and even scared us. It went from the early days of black and white TV all the way to today’s colorful flat screens. It started with no sound, today we have surround sound. TV has certainly left its mark on society. It created several generations worth of celebrities, and today it continues to create more.

Of course, with the rise of the internet, there are other factors at play now. These days you have to ask yourself, what is a TV? A child born right now may never “turn the TV on” or even use a remote. They will just whip out their phone and start watching their favorite TV show. The world has changed a lot, but if it weren’t for TV, we wouldn’t be where we are now. It was a critical intermediate step, and today we are going to honor its memory and pay our respects. Alright, that might be a bit overblown, but we are going to learn a little bit about how TV shaped our world. These are 25 Facts About Television And TV Shows That Are Pretty Cool!

In 1969, the US wanted to cut the public broadcasting budget. Mr Rogers, who was relatively unknown at the time, went to Washington to talk to congress. Instead of the budget being cut, it was increased from $9 million to $22 million.

The most expensive ad ever made cost $33 million. It was a Chanel advertisement that starred Nicole Kidman.

Extreme Makeover: Home Edition drove so many families into bankruptcy and foreclosure that they had to start downsizing their houses.

The founder of Wendy’s, Dave Thomas, appeared in more than 800 commercials for Wendy’s. That’s the most commercials anybody has ever done.

In 1987, a man hijacked a TV station during an episode of Dr. Who while wearing a mask and blabbering nonsense. He was never caught.

“The Television Ghost” was an American TV series in the 1930’s that featured an actor dressed up as a dead person telling the story of how they were murdered.

In Norway, product placement is illegal.