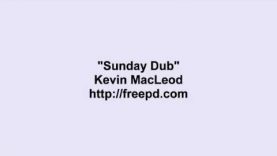 We have encountered several TV shows across the globe that most definitely inspire people to become better at what they do and who they become in the long run. Most of the TV shows are in fact meant for personal growth and entertainment and we enjoy watching each and every minute of it. But have you watched a TV show that is so scary it literally keeps you at the edge of your seat as you watch every single minute of it? Well, there are many that exists, and within this countdown we are listing 5 TV Shows You Won’t Believe Actually Exist! Lets begin!

“Let’s paint TV” is an American TV show that is aired every week hosted by John Kilduff. It is mainly made of live audiences that is more interactive. The show consists of the host painting, doing exercises, running on the treadmill and so on. Each episode of the show is named according to the activity that is being performed that day. For instance, it would be named “exercise” if the show is about exercises and so on. So all in all, “Lets Paint TV” is a pretty mysterious type of show that many would die to see…

“Jigsaw” was a popular kids’ show that was aired in the 80s. For the most part, it was a show that mainly interacted with children and made plenty of humor that relates to the kids. Many kids liked the show of course. Everything about the show was okay with only one exception. There was a character known as Mr. Noseybonk who scared even the bravest adults in the room. This character was made even more terrifying by the fact that it did not speak but had a humanoid mask that featured a protruding nose. The character has become famous on the internet with its horrific face being used by various horror related events that inspires nightmares.

For starters, “Off the Air first” premiered at four o’clock in the morning. This just shows you how creepy the show is. The show is an independent film that has a unique theme for each episode aired and there is no narration for any of the scenes. It just depicts different video footages including cartoons and music scenes that seem to scare a lot of people. Between each episode, there is a little pause that provides a suspense effect. It is currently on air and it doesn’t look like it is going away any time soon. To say the least, the show is just crazy… EXTREMELY crazy.

“I want a famous face” is not really a scary show neither does it offer anything unique we have not seen before. In fact, it looks like it was shot with a very cheap camera that was operated by very cheap labor. It is a show that follows different people as they try to get a plastic surgery that would transform their faces to look like that of a celebrity of their choice. The show takes you through the entire process of the surgery together with the recovery process of the patients. The creepy thing about the show is the painful process people have to go through as they endure surgery and the recovery process thereafter.

“Dero” is a Japanese TV show that attracts millions of contesters and audiences all around the world. It is a show in which different contesters are put on planks that protrude from a wall and hung above a bottomless pit that is filled with water. The contesters are supposed to think of answers as the planks are pulled back inside the wall forcing them to jump onto the next plank to survive. Bizarre as it may sound, the show attracts a lot of contesters who are thrilled by the feeling of suspense and the anxiety it creates. Well, with this, you do not even have to think about the money. It is your life you are fighting for here.

Thank you so much for watching! Smash that like button for more, make sure you share the video with your friends and dont forget to subscribe!