Shadow of the Beast – a run through the different versions 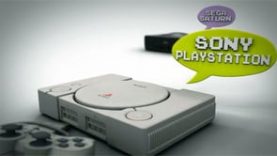 Okay, so down here in Australia most people say “see-ga” rather than “say-ga”. Plus; I totally think that voice at the start of the Megadrive games sounds a whole lot more like “see-ga” or “seh-gah”, than “say-ga”

This is my major project for 3rd year BA(multimedia) at RMIT (which I graduate from this year), created over about 4 months.

All modelling/texturing/lighting, animating and compositing done by me.

Voice over by Josh Molenkamp, who was kind enough to record for me while I was helping him with his 2nd year project.

Help thinking up some of the jokes by Emily Spehar (thanks!).