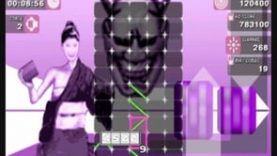 Now I understand why they gave the DS version a better rating and its all due to the control mechanics. The DS stylist makes controlling and moving the lines a whole lot easier. Hopefully if they are to make another game they could work on a few of the control issues. They are minor but a small tweak can completely change this game. As a suggestion it might be a better idea to make hold and drag physics to move the pieces instead of the click and click. Because you don’t know if your moving it up or down. When this game gets faster you cant afford to mess up and make a mistake like that. Q entertainment the creators of such gems such as lumines and every extended extra normally have a knack for making these types of puzzle games but you cant get it right all the time. Perhaps this game cannot be made on a traditional controller and might be better off on an iphone.

Modern stairs and fences made of glass, wood, metal