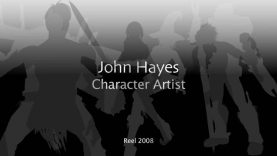 This is my current reel showcasing a few of the models I created for Golden Axe: Beast Rider, as well as a few older titles.
The characters and their textures were created by me using Maya, Zbrush, Modo, XSI and Photoshop.

The Reel also includes some in-game cut scenes that feature the models. Those cut-scenes were not created by me.

The music is “Battle Without Honor or Humanity” from Kill Bill.