[3QlaC.BEST!] Stranger Things: The Memes by The Meme Queen D.O.C 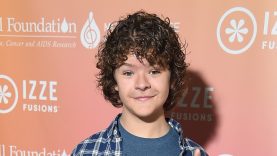 In a new interview with The Huffington Post, ‘Stranger Things’ star Gaten Matarazzo, who plays the character Dustin, dropped some hints about the show’s second season. Matarazzo explained, “There are some new stories coming in that you’re gonna want to hear about if there is a Season 3. Also, we got another cliffhanger in there for fans, so that’s gonna be exciting.” The second season of Netflix’s smash hit series is scheduled to premiere later this year on Halloween.