All Eyez on Me

How To Watch Movies And TV Shows Online For Free! 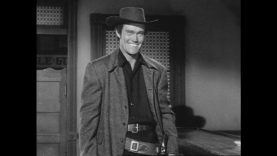 The Assassin western TV series episode starring Chuck Connors from 1956. This is episode 2 of The Forsaken Westerns, an original TV series produced by Westerns On The Web Productions. In this episode Chuck portrays a gunman for hire and is reminiscent of Tom Horn. Chuck Connors would later reach TV super stardom as The Rifleman. The Forsaken Westerns series contains episodes of TV shows that were never broadcast or have not been broadcast in as much as 65 years. Almost lost forever, these rare television film treasures are now being released and uploaded for free viewing from the http://www.westernsontheweb.com archive collection. Watch full length western movies and TV shows full episodes on the Westerns On The Web channel and make sure to subscribe.