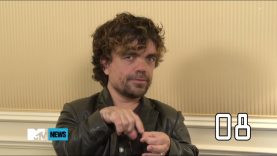 We are taking a look at the Top 15 TV Shows You Need To Watch In 2016. This is all the best series

These shows are all shows starting or being renewed in 2016.

Disclaimer*
Hey Everyone, all links in this video description contain a short ad that you can skip after the first 5 seconds, I know its annoying, but it helps me fund a lot of what I do on this channel, I reinvest 100% of what I make on YouTube back into YouTube. This helps me improve my quality for future videos.

So yes if you believe in me , you can open every link in a new tab 😛 TeHe, but seriously it would be a huge help!

*If any links are broken, please tell me in the comments

These are all great TV shows / Series to watch, just because they not in the list doesn’t mean they not good 🙂

Forever
A 200-year-old man works in the New York City Morgue trying to find a key to unlock the curse of his immortality.

The Shannara Chronicles
Series of adventures, war, and evil that occur throughout the history of the Four Lands.

Gotham
The story behind Commissioner James Gordon’s rise to prominence in Gotham City in the years before Batman’s arrival.

Limitless
A man gains the ability to use the full extent of his brain’s capabilities. A television adaptation of the 2011 film, ‘Limitless’.

The Blacklist
Elizabeth ‘Liz’ Keen, a new FBI profiler has her entire life uprooted when a mysterious criminal, Raymond Reddington, on the FBI’s Top Ten Most Wanted List turns himself in and insists on speaking to her.

Blindspot
A Jane Doe is found in Times Square with no memory and mysterious tattoos on her body.

Originals
A family of power-hungry thousand year old vampires look to take back the city that they built and dominate all those who have done them wrong.

Supernatural
Two brothers follow their father’s footsteps as “hunters” fighting evil supernatural beings of many kinds including monsters, demons, and gods that roam the earth.

The Big Bang Theory
A woman who moves into an apartment across the hall from two brilliant but socially awkward physicists shows them how little they know about life outside of the laboratory.

Vikings
The world of the Vikings is brought to life through the journey of Ragnar Lothbrok, the first Viking to emerge from Norse legend and onto the pages of history – a man on the edge of myth.

Suits
On the run from a drug deal gone bad, Mike Ross, a brilliant college-dropout, finds himself a job working with Harvey Specter, one of New York City’s best lawyers.

THE WALKING DEAD
Sheriff Deputy Rick Grimes leads a group of survivors in a world overrun by zombies.

EMPIRE
A hip-hop mogul must choose between his three sons who are battling for control over his multi-million dollar company, while his ex-wife schemes to get what’s hers.

GAME OF THRONES
While a civil war brews between several noble families, in Westeros, the children of the former rulers of the land attempt to rise up to power. Meanwhile a forgotten race, bent on destruction, return after thousands of years in the North.

The noted budget spinning look after both saltwater and freshwater fishing