HomeMOVIE & TVWhy are Reality TV Shows So Popular?
AUTO NEXT

Salvador Dali on “What’s My Line?”

How to download free Movies, Games, TV Shows, and Programs!

Why are Reality TV Shows So Popular? 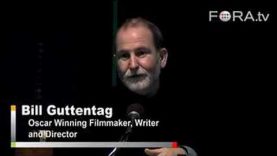 The Real and The Reality of Documentary Film with filmmaker Bill Guttentag.

The popularity of documentary films has exploded in recent years, resulting in a constant flow of narratives based on true events and real people. In a world where many would rather watch than read, the veracity of these films is often unquestioned. Should it be? Do these films manipulate reality? What are the responsibilities of the filmmaker? Guttentag tackles these and many other questions – The Commonwealth Club of California

Bill Guttentag, a two-time Oscar-winning filmmaker, wrote and directed Live!, a dramatic feature starring Eva Mendes, Andre Braugher, and David Krumholtz. The film was produced by Chuck Roven/Mosaic Media Group and distributed by The Weinstein Company. He also wrote and directed Nanking, a documentary which premiered at the 2007 Sundance Film Festival. The film includes a stage reading he wrote that features Woody Harrelson, Mariel Hemingway, and Jurgen Prochnow. Nanking was released theatrically this winter by THINKFilm and will air later in the year on HBO.

In 2003 Bill Guttentag won an Oscar for the documentary Twin Towers (Universal). It was his second Academy Award; the first was for You Don’t Have to Die, a film he made for HBO.

He has also received three additional Oscar nominations, as well as two Emmy Awards. His films have been selected three times for the Sundance Film Festival and have played and won awards at numerous American and international film festivals. His films have received a number of special screenings, including one at the White House.

How to download free Movies, Games, TV Shows, and Programs!