The Icons of Video Games 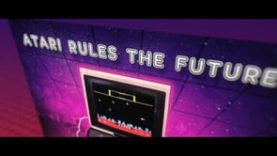 Rainfall was proud to contribute to the Angry Video Game Nerd movie, by designing the opening animated sequence chronicling the fabled video game industry crash of the 1980s. James “The Nerd” Rolfe has been producing his viral hit videos since 2006, decimating the terrible games of his youth in hilarious reviews; the AVGN movie is the Nerd’s first big screen adventure, premiering at the Hollywood Egyptian Theater in 2014. Illustrations by Mike Matei, music by Bear McCreary.

Buy or rent the film with Vimeo On Demand: https://vimeo.com/ondemand/avgn/

The Icons of Video Games