HomeGAMINGHistory of Gaming
AUTO NEXT

NERO – Me and You 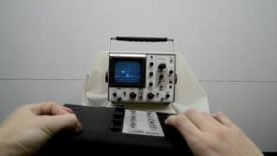 This is a university video-project made by “Game Design”-students from munich.
Done in a single-shot fashion…well almost single shot =)
The film covers different eras of the video-game history.

Took us a week to organise the various props (controllers, monitors. lighting, camera, etc.), two whole days to film and several days of postproduction.
It isn’t perfect, but hopefully fun to watch nevertheless ,)

Additional Special Thanks To:
Lena Hartl for having the guts to lend us her cam =)

Thanks for watching! Keep on gaming…

//EDIT:
We’re quite aware that we could have used more games or different games but we just wanted to show a small insight into the history of videogames that just shows how far we’ve come and where our roots are buried.
A small FAQ:
There are Playstation 1,2 and 3 devices, just pay close attention or read the credits =)
I noticed that many of you are missing the XBox and Halo on it. It was planned but my friend with the controller called me just before the day of the shooting and said he couldn’t find it =( Sorry
Ecco and the dreamcast were mainly meant to show a flop in game history (please don’t kill me for saying that =) ! If you have a different opinion on this one it’s cool. We don’t mean to insult anyone).
Why didn’t we just cover…everything?!—due to the limited time that we had for this project it was hard enough to gather all controllers and output devices we used. And we’re quite aware that it’s not always the best possible combination of game pad and monitor =)
We didnt use XBox Kinect or Playstation Move because the technology isn’t new.
And remember this is (almost) a one-shot (= no cuts used) => the more games/controllers, the harder it gets—one mistake and you can start over.
We captured a total of 45takes.
If you’re interested visit vimeo once in a while, we’re up to make a little “Making Of”.