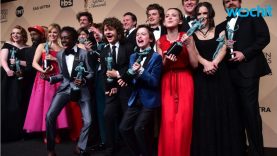 The first teaser trailer for Stranger Things season 2 premiered during the Super Bowl last Sunday. While the teaser looked cool, hardly anything was revealed about what to expect in the upcoming season, which premieres on Halloween. Since the trailer was released the Duffer Brothers have started opening up about the plot for season two.